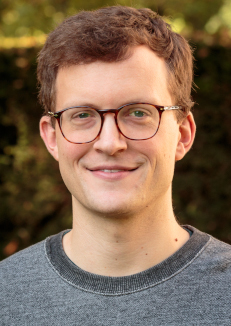 The identification and characterization of intermediate species are essential for understanding chemical processes ranging from homogeneous catalysis to protein folding. However, experimental investigation of these often short-lived and unstable states is hindered by the complexity of the reaction matrix and insufficient temporal or spectral resolution. To augment direct examination in the condensed phase, characteristic molecules and clusters can be transferred to vacuum and studied in isolation. Under these conditions, the structure, properties, and chemical reactivity of the selected system can be studied in detail and compared to predictions from electronic structure methods.

Our research group is developing methods to study molecular chemistry using the unique combination of electrospray ionization mass spectrometry (ESI-MS) and helium nanodroplet isolation infrared (HENDI IR) action spectroscopy (see Figure 1). ESI-MS affords precise control over the investigated molecules, facilitating the isolation of an exceptional diversity of species ranging from ion-water nanoclusters to catalyst-analyte complexes, all of which can be further modified via dissociation or reaction within the mass spectrometer. Capture of carefully prepared, m/z-selected ions within a helium nanodroplet (equilibrium temperature of 0.4 K) enables the acquisition of high-resolution infrared spectra that reveal details of the molecular structure.

We are applying this experimental methodology in three research areas (see Figure 2). First, we are interested in reactions between dissolved ions and gas-phase molecules occurring at the liquid/vapor interface, which have been invoked as important processes in atmospheric chemistry. Second, we are studying the thermochemistry associated with conformer interconversion in biomolecular ions, providing benchmarks essential for improving models of biomolecule folding. Finally, we are investigating putative intermediates in catalysis, especially those involved in catalytic hydrogenation and carbon dioxide reduction, which could reduce fossil fuel dependence and offer a potential hydrogen storage medium.